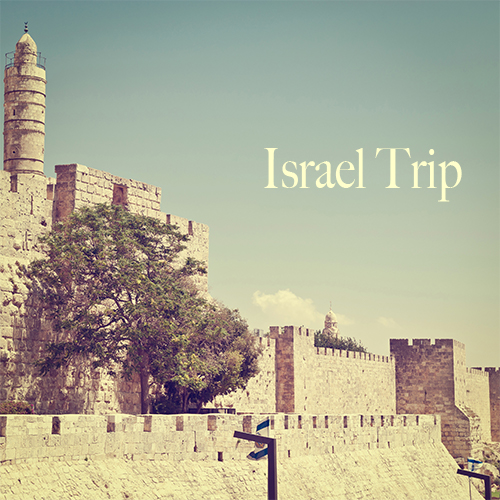 We've now worked our way south from the Sea of Galilee to Jerusalem via a night at the Dead Sea. We got into Jerusalem this evening around sunset today (Monday). We'll be here till we head for the airport Saturday evening.

We've spent the last few days seeing and doing several non-biblical things (not to be confused with UN-biblical things!). Our day-trip to Jordan got snowed out on Saturday so we spent the afternoon at a hot springs on the Israeli/Jordanian border. (By the way, this winter storm has been the worst ever recorded for the month of December in Israel -- Jerusalem got 15" of snow last week!).

Anyway, yesterday as we moved south we visited a place vaguely mentioned in scripture - Scythopolis (Paul mentions them once in Colossians). The town is mostly helpful because it is so well preserved. That evening I did the obligatory float in the Dead Sea and it was freezing... It's not supposed to be this time if year.

Today we visited stuff the hills along the Jordan valley: we saw Masada and Qumran. Neither are mentioned in scripture but both are really historic sites. Masada is, well, Masada. And Qumran is where the Dead Sea Scrolls were discovered. The latter is really important to me since those documents have been so influential in New Testament studies since their discovery in 1947.

This picture sums the last couple of days up nicely. Partly because it's what life has looked like in the wilderness and partly because it's indicative of the ridiculousness of the most mundane things. I took this picture on a stop between the Jordan valley and Jerusalem. The 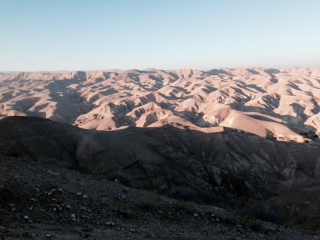 Jordan River is out of the picture, about 15 miles to the right (east) and Jerusalem is out of the picture 15 miles to the left (west). Taking this picture I am standing on a little hiking trail, one like I've hiked on countless times and countless miles, but this very trail is the Road to Jericho!!! This pathway was not only used by everybody we've ever heard of that wanted to travel the 30 miles from Jerusalem to Jericho, Jesus used it as the setting for the Parable of the Good Samaritan!!!!!!! That sums up these last few days. As we've seen various sights we've seen other, little "unimpressive" side notes, that have left me amazed. It's been fun.

Driving into Jerusalem tonight was the most surreal of all. It will be really interesting to see what the next few days hold.

Have a great week!
-reed