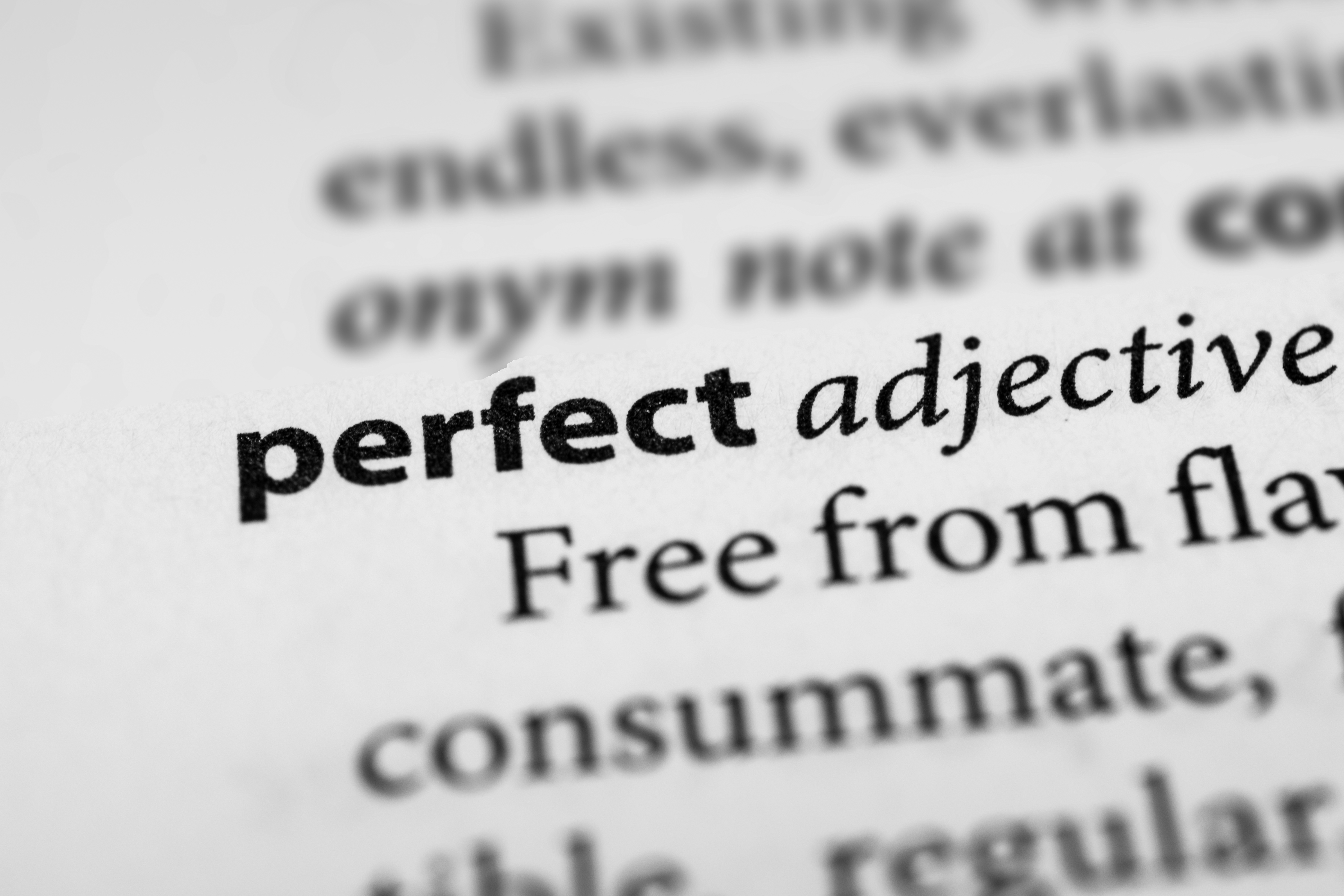 Two people have asked me how yesterday’s email about John 8 affects our understanding of biblical inerrancy. It’s a wonderful question and it now seems relevant to add to yesterday’s conversation. I wanted to send this as part of the original but I felt I was already nerding out way too much and the email was getting long.

So here is Part 2, the heavy lifting…

The traditional understanding of inerrancy of Scripture is that the *original manuscripts* are inerrant, inspired, and infallible. These original manuscripts are, of course, lost. (Yes, I’m aware of the circular argument but it is one of many in the Christian faith!) So the Bibles we hold in our hands have been affected by a myriad of influences. Our Bibles are basically a compilation of the best versions we have of each verse. Archeologists find ancient texts and sometimes re-date ones that already sit in libraries. As that sort of thing happens, we get a new and better understanding of what the Bible originally said.

ARCHEOLOGY AND THE BIBLE:
We will never revise Scriptural texts based on non-textual archeology. For example, there is currently not clear archeological evidence that Jericho was destroyed when and in the way we would expect it to be after reading the Book of Joshua. But that “fact” does not affect our text on Joshua. We should believe the Bible and let archeology do what it may. But, what if next week archeologists found four chapters of the Book of Mark in the ruins of Pompeii? Pompeii was destroyed in 79AD and that would mean that section of Mark is the oldest extant copy of the New Testament ever found. Wouldn’t that newly discovered text get some priority? That is the sort of thing that happens. As you can see, archeology doesn’t affect what God originally inspired and what we consider inerrant, but the work of archeology does get us back closer to those original texts.

THE ANCIENT MANUSCRIPTS:
The oldest shred of the New Testament we have is named Papyrus-52. It includes four verses from John 18 and has been dated to about the year 125AD. Considering that John probably wrote his gospel in 90AD that is astounding. It is sitting in a museum in Manchester England. Meanwhile, most of our Bibles are based on three different manuscripts (called a codex) that basically contain the entire Bible. They are named the Codex Alexandrinus (400AD), the Codex Vaticanus (300AD), and the Codex Siniaticus (330AD). The reason we don’t love the King James Version (besides the language) is because it was based solely on Codex Alexandrinus. It’s not a great version, it’s for sure the least accurate of the three. But when they were creating the KJV in 1611, Codex Siniaticus had not yet been discovered. Meanwhile, Codex Vaticanus has been sitting in the Vatican since 1481. Can you imagine the English Reformers walking up to the Vatican and asking to see their Bible? They’d be burned at the stake! Since then we’ve made nice with the Catholics and discovered the venerable Siniaticus (found in 1844). Because of that, Bible translation got a major shot in the arm regarding its accuracy.

So that is what goes into our versions of the Bible, and the decisions to include or exclude something like John 8. No one used the story of the sinful woman, or even knew about it, for hundreds of years. When it did start showing up in Bibles, even the ancient copyists would make a note that they thought the text was spurious. So again, let me make absolutely clear, the inclusion or exclusion of John 8 simply doesn’t affect inerrancy. The reason why is because the addition of it does not affect the originals, and the originals are what is inerrant. The best we can hope for is *accurate.* In my opinion, the only error that occurred with John 8 is that the editors put it in the body of the text rather than as a footnote. I’m not sure what kind of judgment God has reserved for the person that first added that story, but it sucks to be him. :) I’m just kidding… maybe.

UNDERSTANDING VARIATIONS:
Actually, I am sure it wasn’t a nefarious person. Most of the *intentional* variations are due to good hearted folks that wanted to “correct” the version they were copying by including the word/verse that they thought should be there. And sleep well, scholars can sniff that out from a mile away and are noted in your Bible. Anytime a footnote says “earlier manuscripts” it is telling you that the older (and sometimes more accurate) versions of the Bible say it differently. Other *intentional* variations come from professoinal scribes inserting their own theological bias into the text to settle an argument. Again, scholars know when that happens, there aren’t many of those though. The *unintentional* variations happen due to language differences between the texts we have (Hebrew, Greek, Syriac, Coptic, and Latin are the main ones), or because of the way the Bible was written. The oldest texts were written in all caps with no spaces and every now and then that presents a translation dilemma. Example: IAMNOWHERE. What does that sentence say? Am I now here or no where? There are only a few places that happens in the New Testament and even less where it makes any difference at all.

READING FOOTNOTES:
As an exercise I just let my Bible randomly fall open and one of the footnotes on that page references the fact that the Greek version (Septuagint) and the Latin version (Vulgate) of the Jeremiah 47:7 says “it” while the Hebrew version says “you.” Those are three different versions of the Bible that translators had to choose from. In this situation they went with the Septuagint & Vulgate. Sometimes scholars will choose a word based on the oldest known version or the most attested version. The Old Testament was written in Hebrew but in the case of Jer 47:7, the translators felt that the Greek and Latin versions were better attested to than the version we now have in Hebrew. So you see, this happens literally on every page of the Bible. We usually don’t care because it is small, but there is no real difference between one word or a whole story — the formula is the same for the translator.

THE IMPORTANCE OF VARIATIONS:
Erasmus, in the 1400’s, was the first to formalize a single definitive text of the Bible. Before that, history was rife with many versions in many languages. Yes it created a lot of variations but, if you are a parent, you totally realize the benefit of this. Let’s pretend my daughter had to go see the Dean of Students in December. We got our daughter's version of the incident and she came out smelling like a rose. But what if I could talk to all 25 third graders? I would definitely get 25 variations, but I would also probably be able to piece together the truth more accurately. (Come to find out she wasn’t a rose, but thankfully she wasn’t a thorn either.) What if the early church had done in 300 what Erasmus did in 1400? We wouldn’t have variations, but we also might have serious accuracy issues. For this reason alone variations don’t bother me, and I hope that if you’ve read this far you realize why they shouldn’t bother you either. This is how God lets his truth live, it’s not unlike the various churches and how our variations might just end up giving the world a true picture of the true Redeemer.

IN SUMMARY:
To sum up, the original manuscripts of the Bible were INERRANT. We aim for our current editions to be ACCURATE. The accuracy of our current Bibles is founded on scholars pouring over the 650 manuscripts we have between 125-800AD and the 4,500 manuscripts we have from the Middle Ages. Those first copyists were not formally trained and had no proof-readers (like Homer had). Yet, amazingly, of the thousands of texts we have, over 3/4’s of the whole has complete agreement. And that includes everything down to single words! I am sure there is no other text in the world with such unanimity. God has always been much more comfortable using messy things to bring about his salvation than modern Christians are. The history of textual transmission is no different. The very fact that God would enter our world and then allow us to care for and translate his Word speaks volumes about his grace. We are not Muslims! We do not believe in a God that only writes on tablets of gold, in only one language, and only through the hand of professional scribes.

That’s why this matters to me… if our God is willing to let an untrained merchant from a house church in Galatia copy his Word, then maybe he will speak through me on Sunday morning.

I hope this has helped. I’m sorry if it has been overly technical or uninteresting, but I at least waited until it was solicited.