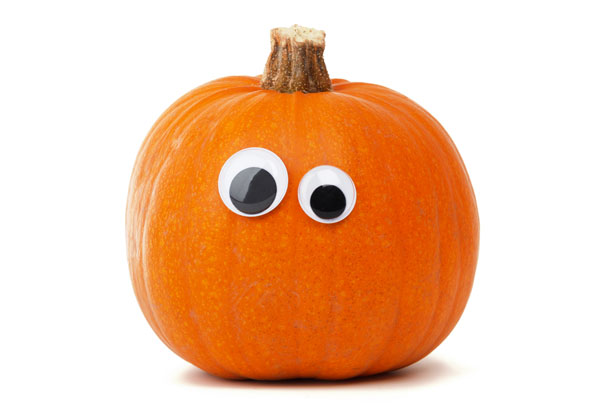 The little town of Wittenberg, Germany reeked so badly that visitors dubbed it “a stinking sand dune.” But on one Halloween in the early 1500’s, this village was poised to change the entire world forever.

With only 2,000 inhabitants, Wittenberg was painfully insignificant. But it did have its church. The church at Wittenberg had one of the largest collections of holy relics in all of Germany. It claimed to have a thorn from Jesus’ crown of thorns, a piece of straw from the manger, a strand of Jesus’ beard, a piece of bread from the Last Supper, and a twig from Moses’ burning bush.

Relics stayed under lock and key except for one day. November 1st was All Saints Day and on that day all the churches of the Roman Catholic Church displayed their relics. It was Wittenberg’s day to shine. The display was surely impressive – her relics numbered in the thousands – but each year this day came and went with no real historical significance.

Throughout the first years of the 1500’s, Martin Luther – a monk in Wittenberg – was growing more and more frustrated with the Roman Catholic Church. He had been to Rome and seen how lax, corrupt, and immoral the fountainhead of the church had become. He confessed his sins constantly, but never felt forgiven. But the thing that frustrated Martin Luther most was that the Roman Catholic Church was offering Indulgences.

To help the church fund its building projects, the Pope extended forgiveness to anyone who wanted to make a financial contribution. These Indulgences meant that if your Aunt Betty had died and was suffering in purgatory, you could give some money and get her to heaven more quickly.

Luther wanted to debate this practice. In Wittenberg, if you wanted to debate the church, you would post your argument on its doors. Luther, wanting to make his point clear, posted his critique the night before the biggest day for the church. Everyone came to the church on November 1st to see the relics. So on October 31 – also called All Hallows Eve – Martin Luther posted his 95 Theses on the Wittenberg door. The year was 1517.

The Protestant Reformation did not happen that very moment. Like so many significant acts in history, it went unnoticed at first. Luther’s 95 Theses are simple points of debate; mostly having to do with Indulgences and the Pope’s power over purgatory. They are not dramatic to read, nor has history recorded some magical moment when his hammer pounded on the door. But soon, someone got hold of the Theses and translated them from Latin to German. When the common people read his critique, the largest Christian revolution began.

If you go to a Protestant Church, then this is a special day for you. Luther was the first to start this reform, but he certainly wasn’t the last. Within a few years reform would spread to Switzerland – that would create the Presbyterian Church, which would spawn the Baptist Church, the Congregational Church, the Church of Christ, the Christian Church, and more. Then it hit England – the Anglicans would later give birth to Episcopal Church, the Methodist Church, and many in the Pentecostal movement.

October 31st is a big day for Protestants. It may not be as fun as candy-corn and Snickers bars, but it is hard to look around our communities not see the effects of this historic day. So as you dress your children for fun and games, let your mind wander over to a small village in Germany where a 34-year old monk changed the world forever. Happy Reformation Day!