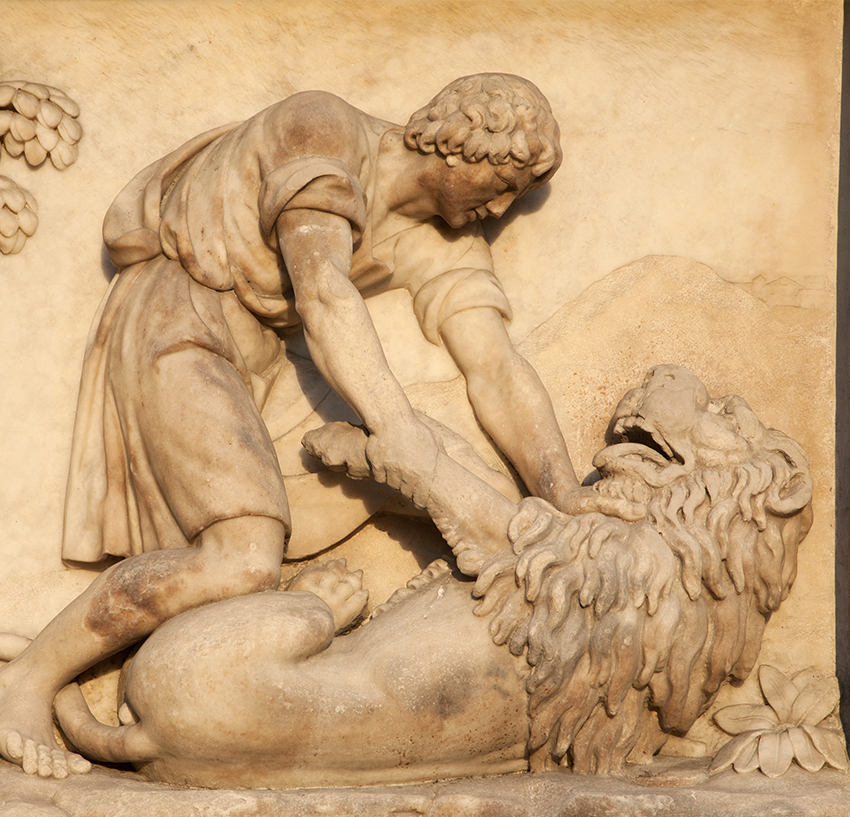 Now that we are jumping back into sermons on Judges, I wanted to give a reminder for how I am handling the book. This requires some in-depth explanation because we handle it differently than some churches and that may come as a shock, but there are well thought out reasons behind it. There are essentially three things that go into this, and it will be long and technical. This is not necessary reading for everyone, I just don’t know another place to explain it. So, keep reading only if you are interested.

We have a single objective when it comes to preaching: preach Christ. When preaching through Genesis 1, we did not preach creation vs evolution, we preached Christ. When going through the social laws of Exodus, we did not preach God’s intent for government, we preached Christ. The Old Testament is always pointing beyond itself to something greater. In narrative, this means that we don’t preach the character of Gideon or Jephthah, we still preach Christ. Those men, just like the laws of Exodus or Creation in Genesis, show us our Lord and Savior (Luke 24:44).

If you’ve been at CTK long enough, you may remember with fondness the weekly beatings Jacob took from our pulpit. Samson is going to get them in the coming weeks and I just figured I should warn everyone. These people are not in the Bible because they are moral examples. They are in the Bible because it is through these people that God progressively revealed his plan of salvation (Jesus Christ). My job is to take these characters and show how they display Christ, but we will feel no pressure to make sure they come out smelling like roses. (Ehud literally came out smelling like poop!!!)

The human authors of the Bible were not necessarily recording history the way we would do it in 2019. We obsess about facts and, particularly, we obsess about having our history be “objective.” That means we want our history to be neutral. We don’t trust sources of history (or news) that have too strong of an agenda. Though that is fine for our day, we have to give room for the biblical authors to do things differently. Biblical history is decidedly not objective. It has an overwhelming agenda and sometimes prioritizes theology over bare facts, something foreign to our modern sensibilities.

Evidence for this abounds. If “bare facts” were equally weighted, then why in the world would Hezekiah only get three chapters in 2Kings while David gets all of 2Samuel and half of 1st? From a factual, political, and archeological perspective Hezekiah was the more important king, but the Bible was doing something different. The author was recording facts, yes, but prioritizing theology. And in that realm, David reigns supreme. The Old Testament was less interested in telling us what happened and far more serious about the reader/community wrestling with why it happened.

In the narrative sections of the Old Testament, the writers want you to make a judgment call. In Judges, the narrator, shockingly, keeps his opinions to himself (even as Jephthah burns his daughter). The author wants the reader to wrestle with the meaning, the morality, the implications. With Judges in particular, the writer expects that you know the Pentateuch and expects you to consider the actions of those characters in the light of the Bible’s own teaching. It is genius when you think about it. And this is how we will handle Samson. It’s how we handled Jephthah and Gideon before him. We will see Samson’s achievements and failures in the light of the Pentateuch and see how he represents the True Deliverer of Israel. We will absolutely not try and keep Samson clean simply because he is in the Bible.

And that brings us to the trickiest part of all of this: what about Hebrews 11? I planned to mention Hebrews 11 in my Jephthah sermon but felt it would side track the point, which was Christ (shown best in that sermon by Jephthah’s daughter). But the question still needs to be answered… Does Hebrews’s inclusion of Jephthah/Samson govern the way we handle their story?

And what more shall I say? For time would fail me to tell of Gideon, Barak, Samson, Jephthah, of David and Samuel and the prophets — who through faith conquered kingdoms, enforced justice, obtained promises, stopped the mouths of lions, quenched the power of fire, escaped the edge of the sword, were made strong out of weakness, became mighty in war, put foreign armies to flight.

It is important to see what this passage actually says (and doesn’t say). This is sometimes called the “Hall of Faith,” which is a reference to a Hall of Fame. But stop there. Notice, when we call it that we might create a mistake before we even get started. Whether it be Cooperstown, Canton, or Cleveland, the Hall of Fame is about personal achievement and greatness. If we lift that idea from sports and music, and put that label on Hebrews 11, then it means we are listening to our culture rather than Scripture. Hebrews 11 is very clear, it is a celebration of faith, not simply personal achievement (or even righteousness).

But even more interesting is the order of the list. Take a second look and you will notice the characters are not listed in chronological order. It is actually the order similar to 1Samuel 12:11, and the similarities are even stronger in the Greek Old Testament.

1Samuel 12:11 — And the LORD sent Jerubbaal and Barak and Jephthah and Samuel and delivered you out of the hand of your enemies on every side, and you lived in safety.

So it is possible, and my contention, that the writer of Hebrews is referencing an already existing list and reminding the readers of what Samuel had said, that God sent them deliverers! And those deliverers indeed “conquered kingdoms, enforced justice, obtained promises, stopped the mouths of lions, quenched the power of fire, escaped the edge of the sword, were made strong out of weakness, became mighty in war, put foreign armies to flight.”

But it doesn’t say that they were righteous and should be held up as moral examples. It doesn’t require us to be less than honest as we assess their behavior. Samuel and Hebrews tell us to consider what the Lord did through them but their character does not have to be defended. Those men all failed. Those men were mere shadows of a greater Deliverer. The judges were poisoned by the sin of their community yet Christ was not. When it comes to these people, there are many times that I might point you to see the contrast between them and Christ instead of the similarities.

Christ should be, and always will be, the only one that ever emerges from one of our sermons unscathed. All the rest of us are fools, and that includes the Old Testament servants.