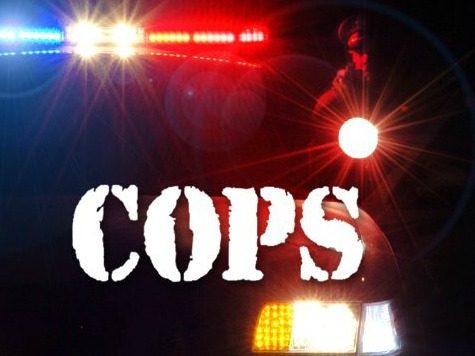 Briarwood Presbyterian Church, outside of Birmingham, is one of the largest churches in the PCA and they are making headlines because they have petitioned the Alabama State Legislature to allow them to create their own police force. Yes, you read that correctly.

It’s probably unfair for us to seize this and gnaw on it without hearing all the facts, but since it’s making national headlines now, it seems appropriate to at least mention it. I know some of you (like me) may catch flack or have to answer for some of the tomfoolery that goes on in our denomination.

Briarwood “needs” in-house law enforcement because they run two campuses, a school, a seminary, and a myriad of other things. In making their case they claim that they have “30,000 events” a year. They are constantly having the local police force provide security for them and it would be much easier to have their own.

According to what I’ve heard and/or read, this request is not for general “security” needs like mall security; Briarwood’s Police Department would actually be able to arrest people and hold them in the city jail. In that sense, it is no different from colleges and universities that have their own police force.

Here is the problem… Briarwood is a church! A fundamental tenet of the Presbyterian Church (and the Protestant Church) is that our jurisdiction is spiritual in nature, not corporeal or physical. The Session of the church should not have the right (or temptation) to arrest or detain someone. Our Book of Church Order literally says: “The power of the Church is exclusively spiritual; that of the State includes the exercise of force” (BCO 3.4). The current decision of Briarwood opens the door for a more Roman Catholic understanding of church authority— and yes, Catholics have their own police force.

I write all this so you can comfortably distance yourself from Briarwood if, like me, someone sends you that story and asks if that’s what the PCA is all about. Sure, I don’t know all the details about this, but it sounds bad enough that I'm not necessarily going to give them the benefit of the doubt.

Hopefully their presbytery will sort this out. If they don’t, then Briarwood’s decision will likely be brought up at General Assembly in June, where the PCA as a whole can figure out the implications of this action. In the meantime, rest assured that CTK will not be following suit.

With all that being said, this brings up a much larger theological discussion. We often draw battle lines between progressives and traditionalists, or liberals and conservatives. In this instance, it doesn’t fall like that. This time around, the question is how much separation you see between the kingdom of God and kingdom of man. On the one side are those who see clear distinction between the two kingdoms and on the other side are those who see the lines between the two kingdoms as fuzzy. The former is often called the “two-kingdoms” view while the later is called the “transformational” view. (And both sides have crazy people that write books and blogs!)

We at CTK emphasize more spiritual expressions, implications, and jurisdiction of Christ’s reign — we take a two-kingdoms approach. So for us, the idea of a church having physical jurisdiction is absurd, but the argument as a whole is not settled within our denomination. And maybe it shouldn’t totally be; I think it possibly takes people/churches of both positions to balance each other out, though I do think we are “right.” :)

This recent move by Briarwood seems like an ill-advised sibling to the more permissible version of a Transformational worldview, like when churches say they are “for the city.” In both instances, the church sees itself as having some responsibility to govern, enforce, or transform the physical kingdom of man. We do not feel called to do that as a church, we feel our church is called to equip you to do that as individuals.

But, no matter how you see the two kingdoms shake out, a church having police that answer to the Session is just really hard to defend… so don’t feel like you have to.